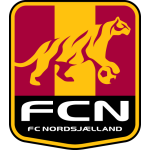 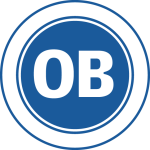 This Superliga fixture between Nordsjælland and OB is complete. We have no future head to head fixtures between these two teams. You can check past form and full time match results below. Alternatively, you can check out Superliga Denmark Results.
47Possession (%) 53
6 Shots (On Target) 4
9 Shots (Off Target) 3
15 Total Shots 7
1 Yellow Cards 2
0 Red Cards 0

Nordsjælland vs OB Past Meetings

This Superliga fixture between Nordsjælland and OB will kick off on Monday 09 th August 2021 05:00 PM and will be played at Right to Dream Park (Farum)

So far this season in the Superliga, both FC Nordsjælland and Odense BK have played the same amount of games, 11 each to be exact.

Odense BK have scored more than FC Nordsjælland. With a 75 chance of both teams scoring. We suggest considering this match between for both teams to score.