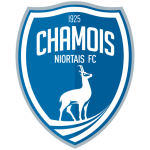 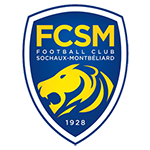 Match Betting
1
x
2
As this fixture is 148 days away, betting odds may not be available.

Find and compare the best betting odds for Niort vs Sochaux from 0 of the UK's top bookmakers.

Both Teams to Score
BTTS - YES
BTTS - NO
As this fixture is 148 days away, betting odds may not be available.

Niort vs Sochaux Past Meetings

This Ligue 2 fixture between Niort and Sochaux will kick off on Monday 14 th March 2022 11:00 PM and will be played at Stade René Gaillard (Niort)

So far this season in the Ligue 2, both Chamois Niortais FC and FC Sochaux-Montbéliard have played the same amount of games, 11 each to be exact.