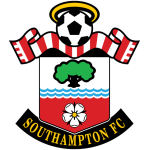 Match Betting
1
x
2
As this fixture is 76 days away, betting odds may not be available.

Both Teams to Score
BTTS - YES
BTTS - NO
As this fixture is 76 days away, betting odds may not be available.

Arsenal vs Southampton Past Meetings

This Premier League fixture between Arsenal and Southampton will kick off on Saturday 11 th December 2021 03:00 PM and will be played at Emirates Stadium (London)

So far this season in the Premier League, both Arsenal FC and Southampton FC have played the same amount of games, 5 each to be exact.

Southampton FC have scored more than Arsenal FC. This match has a small of both teams scoring, with only a34% chance.